I was a bit on the bigger side there, but not exactly like I was a giant.

Yep, all over Tokyo were Lawson stores. They closed here in the U. One of the cool things about the trip was visiting the Japanese exchange student I went to school with.

I remembered that he wanted to be a diplomat. Seeing how different the culture is in Japan compared to the U. Learning English helped him get where he is now in life. It was great to re-connect our friendship after all these years. He took us to an authentic dinner. I was done after round 2 and there were around 5 more.


I pretty much ate nothing but seafood, rice, and ramen noodles. Loved it all. Even had rice every morning. The buffet breakfast was interesting. I grew up eating odd ethnic food, so trying new stuff was ok with me. The one place told us that all the food they served was eel.


I stuck to drinking Japanese beer for the most part. They were all good. The drink of choice in Japan is a highball.

I tried sake, but am not a fan of it. I found some coupons for attractions. There were some in the booklets at the airport. Even the visitor center near Mt Fuji had a display of coupons. We had to do karaoke while we were in Japan. My wife sings great. Not me. They have a lot of places that are studios where you can sing after paying to rent it by the hour.

We instead opted for a bar. I did sing. Paula Abdul may let me get past round one because she would feel bad for me, but not Simon Cowell. The one guy there did say I looked like one of the Lettermen — not David, but the group from the 60s. Toilet paper is not always in public toilets so sometimes you will get these coupons that get handed out with a pad of toilet paper in them like the ones above. The one we had in the hotel had a bidet and all kinds of controls. Too much.

A few things that Japan is dealing with is an aging population. Not enough kids being born to replace the elderly that are dying. Many countries in Europe are facing the same issue. Some to the point they died doing so. We were told that is changing. Kit Kats are huge in Japan. Very expensive. There are no trash cans. I mean nowhere. Not on sidewalks like they are in the U. Not outside of stores. Instead their culture is all about getting rid of the trash before you leave a restaurant or store or anywhere.

The Japanese culture is the embodiment of respect. As big of a city as Tokyo is it was devoid of graffiti. They respect their city enough not to trash it in more ways than one. Even all the bowing they do is a sign of respect. Should a CEO or company get caught doing something legally wrong, they will go on apology tours. In there were only 6 deaths by gun in the whole country! Just six! Cops only fired six shots total in Most cops have batons, but no guns.

They try and de-escalate situations before using any force.


A country that everyone should emulate. Tokyo Tower It is eerily silent even with tons of people walking around the streets. They rarely talk outside.

We were told by someone we bumped into that Tokyo is known as the loneliest city in the world. Marriage is on the decline there.

Physical displays of intimacy in public is taboo — no holding hands or kissing! So I refrained from any makeout sessions with my wife in front of Lawsons. Part of the reason it might be so silent is that a lot of people wore masks on their face. Probably cooties too. I felt like if I sneezed I would get some laser stares of disappointment. There is no space for berms too. No sticking my arms out the window! In the U. Not the case in Japan. Even though the street may take only a few steps to cross and there was no traffic people would wait for the walk sign. I can get impatient when I want to get somewhere so it drove me nuts.

The Q-tips we had at the hotel were awesome. Q-tips in the U. Everyone seemed to wear black or blue, especially men in those color suits. No vibrant colors unless you were part of the Hajuku young folks or geishas. To break the mold of drab clothing everywhere.

They love their anime action cartoons. They love to eat lots. On our way home we had a stop in San Francisco. The flight got there an hour early. The customs lines were long.

Good thing we had TSA pre-check too! Spinach bag —. Blackberries —. 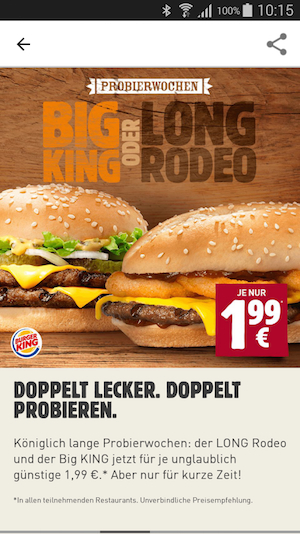